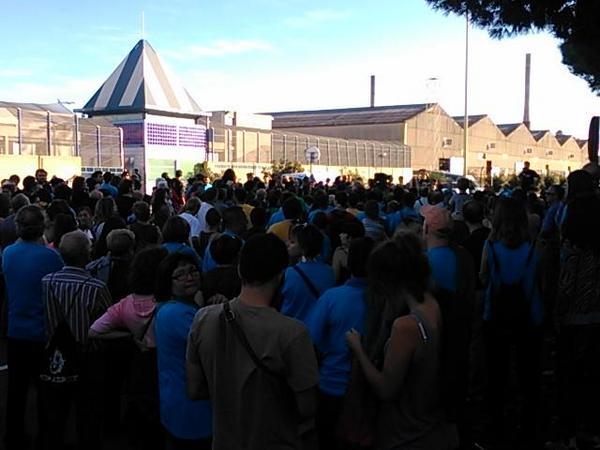 “No human is illegal”, thousands protest to close down detention center for migrants and refugees in Barcelona. via @Comite1desembre

It’s been almost a week since 20,000 police have started to hunt down poor migrants in Europe, and proof emerge that these raids are racist actions against refugees. Cops invade transportation means or other public place and always check everyone “who isn’t white”, as witnesses report.
Operation Mos Maiorum is indeed a public-funded police operation of stigmatization, racist discrimination, and criminalization of poor migrants. Activists all over Europe are resisting by informing migrants and refugees how to avoid raids, and how to alert others; see below.
Police and state terror against migrants has been again documented in Spain: @PRODEINORG has filmed police clubbing migrants who try to jump Meila border. It is not known how many migrants have been killed by police at this border, but previously proof of these crimes were made public without any stirring any action or response against the killer cops.

“Mos  Maiorum was the core of the moral tradition of the ancient Roman culture. It can be translated as the “values of ancestors, which included the ethics and morals that the Romans assumed as a foundation; it’s the same one that legitimized the conquest of the Roman Empire as an act of “civilization.” See protests in Malmo against EU’s public funded racist stigmatization.

Migrants and refugees are criminalized, when not killed or pushed to their death, and dehumanized in concentration camps, where they are jailed because they have “no papers”, which is the  supreme white privilege weapon in Europe against people who are running for their lives. Repression and humiliation of poor people in migrant jails is tolerated and hidden from public discussion by EU officials.
#Spain: how the police is dealing with immigrants trying to climb Melilla fence.” @eldiario es http://www.eldiario.es/desalambre/FOTOGALERIA_12_314038596.html … 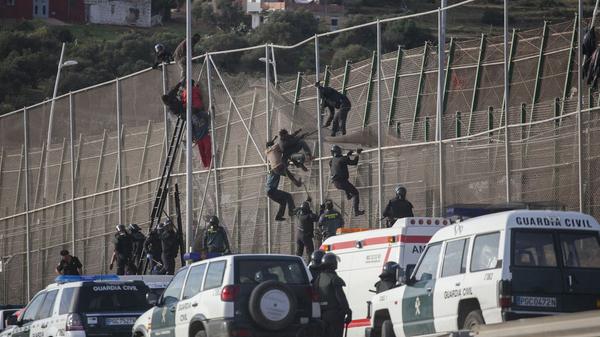 Spanish police climb the fence at Melila to beat migrants.

In Spain, thousands protested migrants being jailed and demanded concentration camps for refugees be closed down; pics via Tancarem el CIE‏@tancaremelcie ;  @dcuenta ; @Fotomovimiento 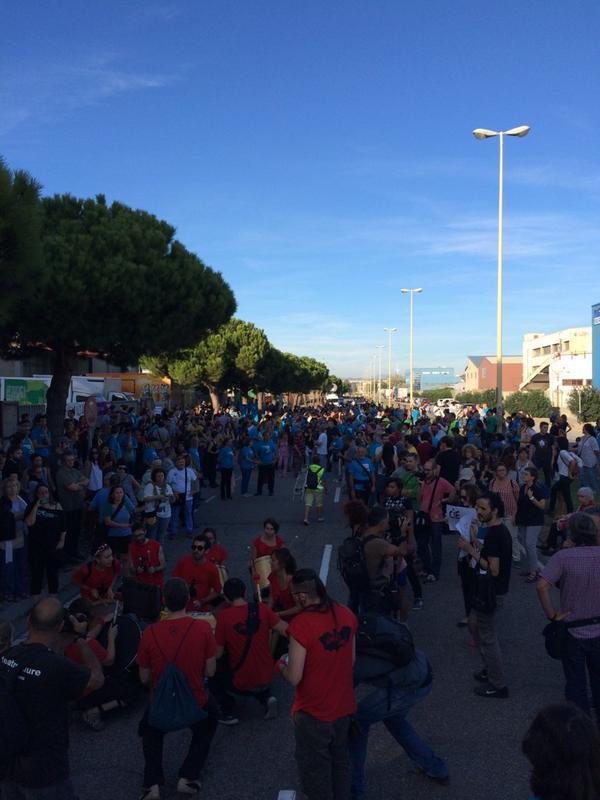 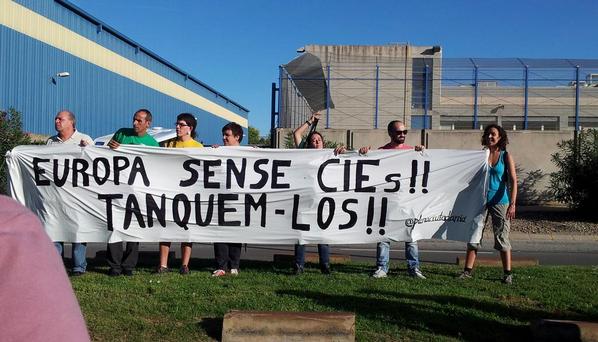 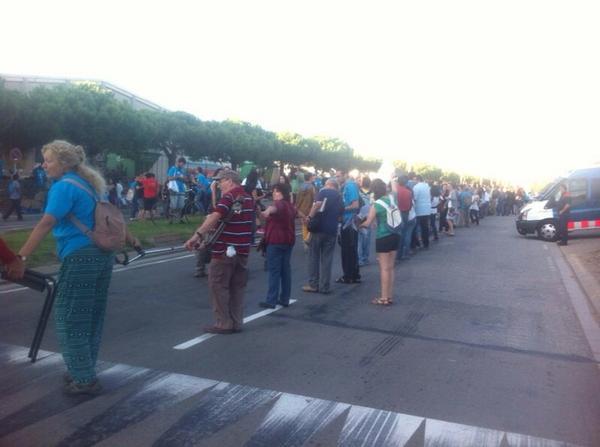 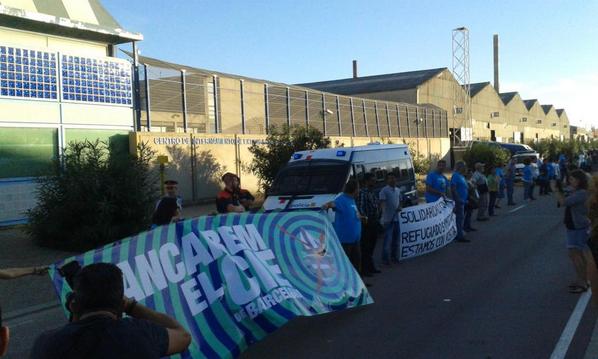 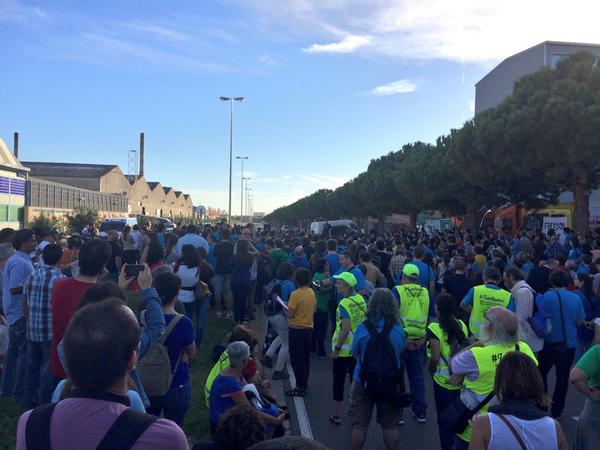 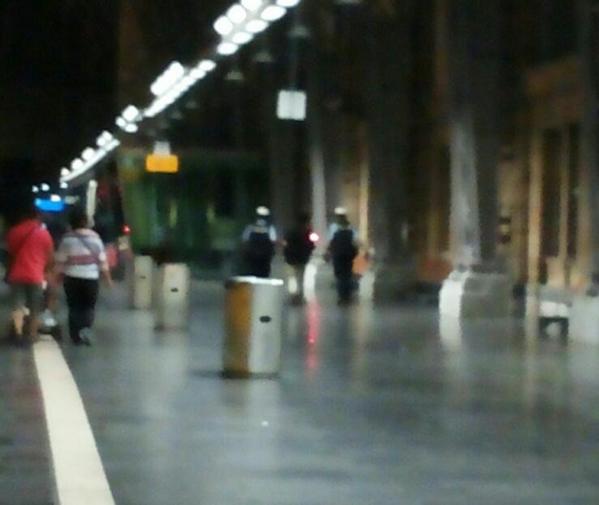 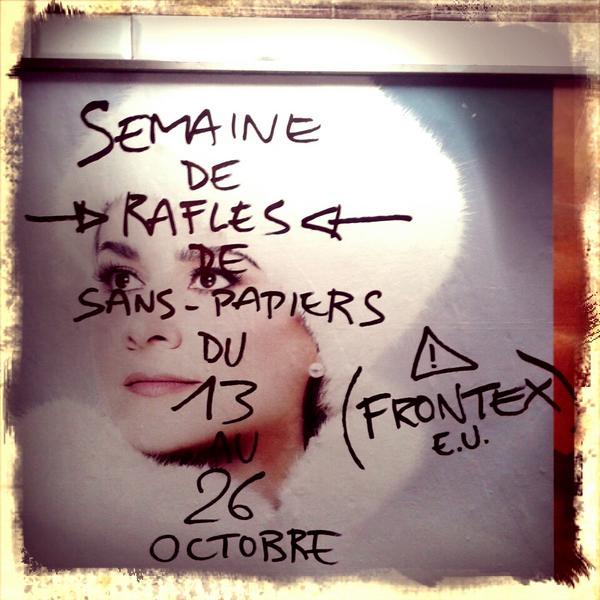 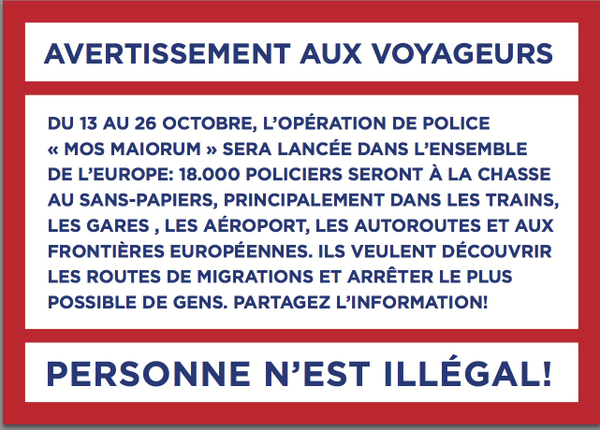 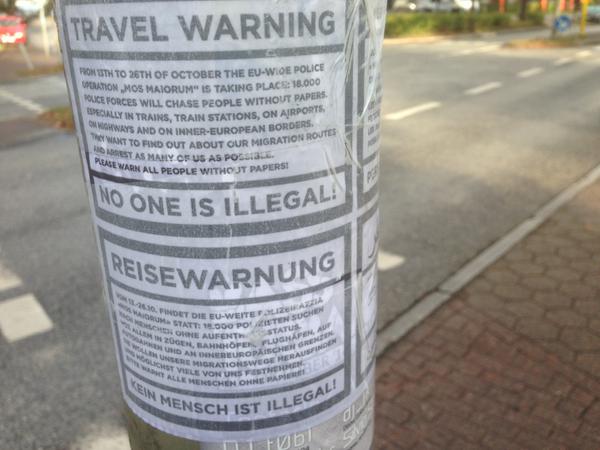 Travel Warning EU: please inform all people how to defend from cops, this link contains information in many languages:  #RefugeesWelcome

No human is illegal. End borders.